Can you imagine how many people would see your advertising if it was floating across a city or over a huge crowd at an event?

Nobody can fail to see a 100 ft high ‘floating billboard’ and they would not only see it—they would most likely take a photo or a video of it so as they could show their friends ! It’s so easy to communicate and distribute visual media these days that no doubt, before the balloon even lands, your advertising will be pinging its way around the internet through social networks e.g. Facebook and Email!

Would a journalist or TV crew photograph a roadside billboard or the back of a bus and print it for free in a national newspaper or put it out on your local TV station - we think not!

Bristol Balloons can make this idea a reality for you and it doesn’t cost as much as you think. An initial contract will be for 3 years with an option to extend.

A balloon can last for longer so your investment can go a long way!

The value for money you can get from branding a balloon is proven—two of our current sponsors are both on their fourth balloons! As each balloon nears the end of its term or they change their branding scheme, they have come back to us and ordered a new balloon because they know that a balloon returns results. 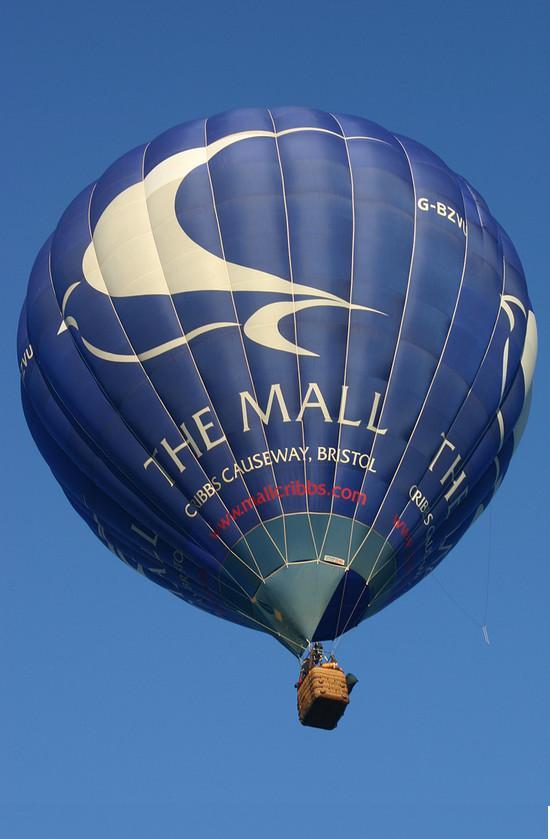 Seeing a balloon is exciting and people go out of their way to see one.

For example, it has been estimated that over the weekend of the annual Bristol Balloon Fiesta, the event gains 7 million broadcast viewers and enjoys £750k worth of printed media coverage—if your balloon was there, all of this exposure would have, in effect, been free!

The fabulous coverage that is gained when your balloon is flying or being tethered is only part of the benefits on offer. You can use the balloon to give your staff a flight as part of an in-house incentive scheme (our standard deal comes with a batch of complimentary vouchers), you could donate some basket spaces to prize winners or donate the spaces to a charity draw and gain some great publicity as a part of the campaign.

Flying balloons is what we love doing
Come and join the fun!